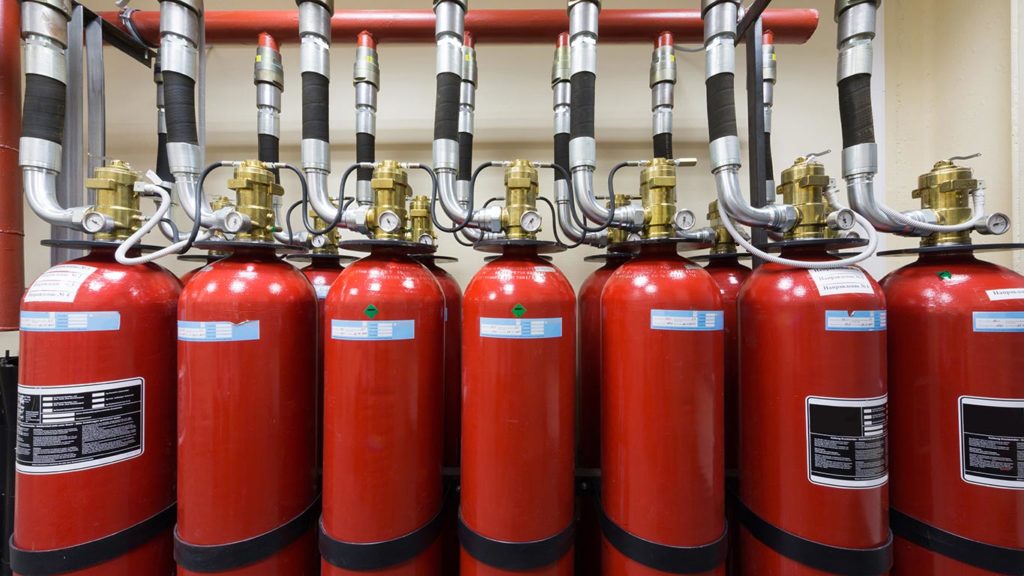 Fire protection systems are standard building features that either actively or passively help to control the amount of damage that can occur to a building and protect its occupants in the event of a fire. The structural integrity of a building can be compromised by extreme heat and a fire reaching critical weight-bearing points.

Active fire protection systems include features such as automatic fire sprinklers and fire alarm systems. In general, they work to contain the spread of the fire with the action of dispersing water or other compounds water or alerting occupants to its presence. These features are crucial to a building’s safety, and often required by local codes as a precautionary measure in any office or public space. Passive fire systems contain fires without taking action by utilizing building compartmentalization through the use of fire-resistant walls, doors, and coatings.

When designing or upgrading a building, engineers take into account the implementation of some of the following fire protection features in order to comply with relevant codes and standards and provide building occupants with the required level of safety.

One of the most important components of a fire protection system is the automatic fire sprinklers. In general, a sprinkler is activated by the heat put off by the fire once it reaches a certain temperature at the ceiling around that particular head. A common misconception is that every sprinkler head in a system will go off at once after the first sprinkler has activated. While systems that behave someone like this exist (deluge type systems) it is pretty uncommon and used in special situations like certain types of aircraft hangers. In most cases, the fire sprinklers that activate only do so around and over the fire. These systems are most effective in the fire’s initial growth stage, as they work to spread a continuous flow of water over the fire, ideally dampening it enough to be fully put out.

There are several types of fire sprinklers. Wet Pipe sprinkler systems are filled with water at all times, allowing for quick-fire suppression. They are the most common type of sprinkler and are both cost-efficient and low maintenance. Dry Sprinkler systems use pressurized air in the pipe which exits before water escapes. Pre-Action sprinkler systems are filled with air and water passes through if the smoke alarm or detector goes off. They are best used in locations looking to avoid accidental and unnecessary water damage such as libraries or data centers.  Deluge Sprinkler systems feature open nozzles and are common to industrial parks as they respond to hazards including flammable liquids spilling across a floor.

Automatic fire sprinklers are installed during the initial construction of a building but can be updated in the case of a faulty system or in response to new codes regarding fire safety. When installing initially, the building’s risk factors and layout are taken into consideration to ensure that safety is maximized regardless of the specific and unique challenges brought about from a building’s design plan.

Much like automatic fire sprinklers, standpipes are built into the initial construction of a building. They are installed in the stairways of buildings that exceed a certain height or size, but can sometimes be located throughout the walls of the entire structure, providing coverage on every floor. These standpipes provide water flow to hose valves, which, much like fire hydrants, firefighters can connect fire hoses too. Much like fire hydrants, firefighters can utilize this connection to spray water from the building’s main water source from any floor they may need to.

Fire department connections are utilized by the firefighters on the scene to either supply water to the standpipes or supplement the building’s already existing water supply. This additional water can be sourced from the fire truck itself or from a hydrant that can tap into the water the building’s standpipes may not have access to. These are usually included in the initial creation of the standpipes in order to provide an extra source of water to the building.

Fire alarm systems are put in place in order to alert a building’s occupants in the event of a fire. These are installed in every room of a building and are highly regulated by fire safety laws. Generally, these can be automatic or manual alarm systems. Automatic alarm systems can detect heat or smoke and emit a high-pitched alarm throughout the building. Manual alarms must be pulled by a building’s occupants, and include simple instructions on how they can be used. Both types of alarms can emit a visual cue as well, seen as a bright flash every few seconds.

Through the application of both physical barriers and mechanical systems, smoke control systems work to limit the spread of smoke through a building, ideally limiting the amount of damage the smoke can do to both the building and its occupants.

The mechanical systems of smoke control include fans, dampers, doors, and shutters that all work together to isolate and contain the spread of smoke. These are generally installed in the initial construction of a building as well, and work in conjunction with sprinkler systems to prevent as much damage as possible to the structural integrity of a building.

In order to achieve unity and a systematic approach to the containment of a fire, many buildings utilize a fire (or incident) command system. These systems are highly beneficial in evaluating, maintaining, and communicating the vital aspects of the fire, as well as providing updates in real-time. Incident command systems are used in more than just fires, and emergency services generally use them to communicate and understand a number of different emergency-type situations outside of fire control.

Similar to smoke control systems, the post-fire smoke purge involves a series of fans and shutters that help to eliminate the smoke from a building and can include automatic ventilation from windows and doors to flush smoke from a building, preventing further damage. Although the fire has been extinguished, smoke can still cause harm to a building, making it unfit for occupancy, so post-fire smoke purge systems are just as vital as other fire protection systems.

An auxiliary radio communication system (ARCS) provides clear, reliable communication for firefighters who may be separated by smoke, thick walls, or other standard radio interferences. These systems are installed within a building, including a base station, radio consoles, radiating cables, antennae, and power supplies. ARCS include two very distinct features: they need to be both wireless and bidirectional. They also operate continuously, even in power outages, to ensure that the firefighters on the scene are able to effectively communicate even if the fire has damaged the electrical integrity of the building.

It’s important that engineers take into account every possible feature of a fire protection system for buildings that are being newly constructed or updated to meet more current building codes. With the right fire protection system in place, smoke and fire damage can be decreased, saving both property and lives. 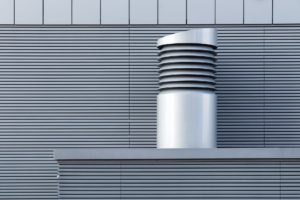 An Overview of Ventilation in Commercial Buildings 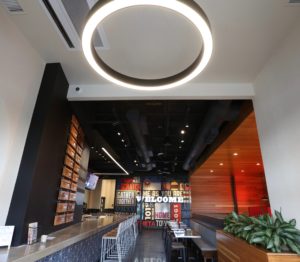 Why Exactly Does Lighting Design Matter in Architecture?

“What’s a day without a little night?” This is a song lyric, yes, but it’s also a pretty good question. Light is important to our 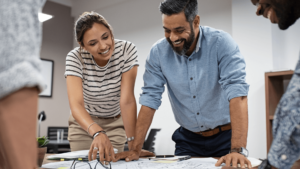 3 Ways MEP Engineers Can Help With Your Franchise Fit-Out

When starting a franchise business in a new site location, the specifications provided by the franchise itself are not the only parameters to consider. Requirements

MPW Engineering is a multidisciplinary engineering firm serving commercial clients throughout the United States with sustainable and enduring engineering solutions.